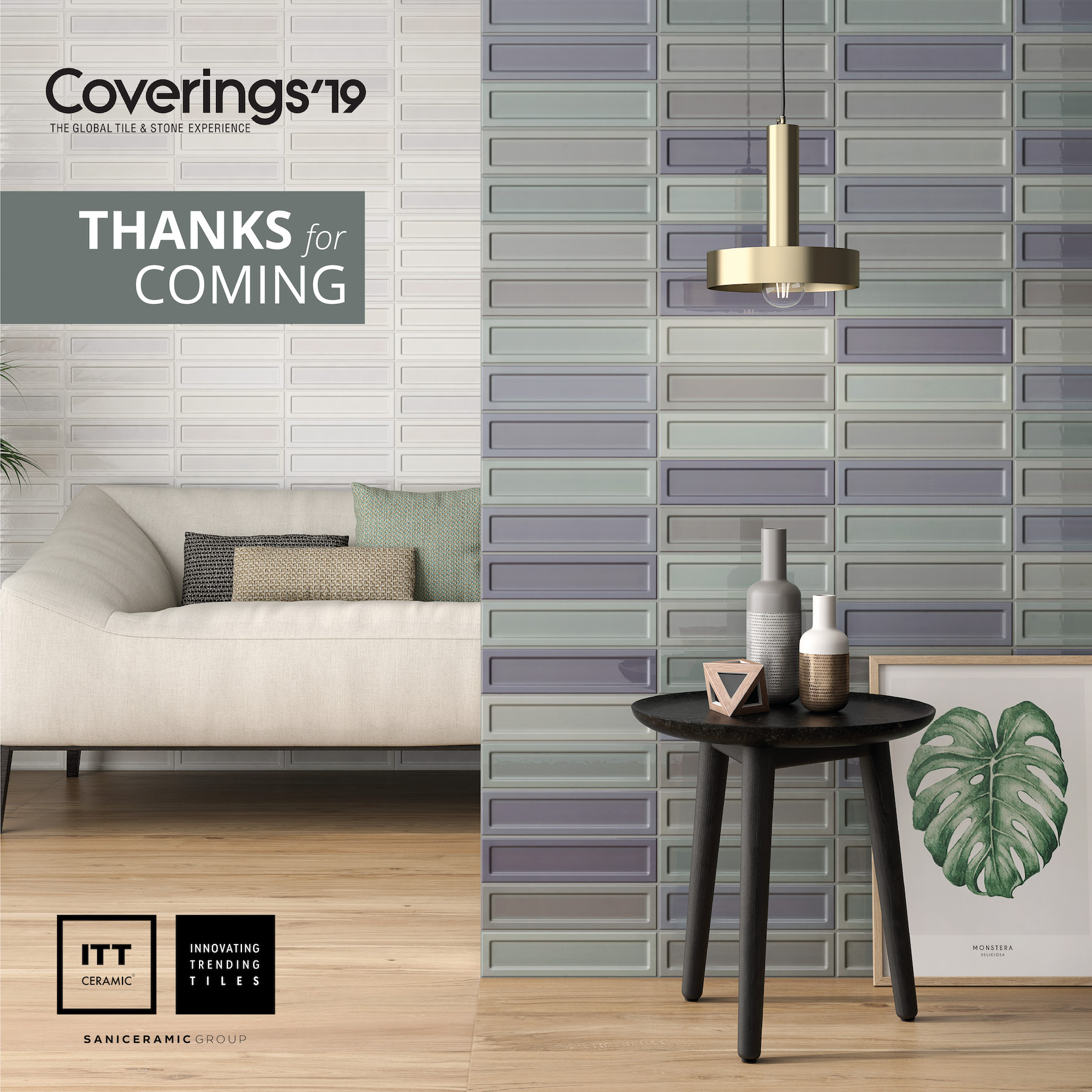 Coverings, the most important event for the ceramic sector in North America, has left excellent results for ITT Ceramic, as confirmed by Vicente Sorlí, deputy general manager of the Spanish company, “the level of visitor flow has been more than satisfactory. In this sense, it is important to point out that this is a very interesting professional public, which has a clearly business-oriented vision and which has perfectly structured objectives to be achieved”.

During the four days of the fair, the activity at the ITT Ceramic stand has been incessant. Delegations from various parts of the United States and South America (Mexico, Puerto Rico, Argentina, Panama, Colombia, Chile, Brazil…) passed through ITT Ceramic‘s space at the Orange County Convention Center in Orlando. However, as Sorlí explains, “the number of Canadian visitors has been especially relevant, a fact that responds to the expansion of our company in this country”.

On its 30th anniversary, Coverings is therefore consolidating itself as a major event within the commercial strategy and in terms of ITT Ceramic‘s growth forecasts, as well as on a promotional level, as this scenario brings together distributors, retailers, contractors, specialists in architecture, design, builders and real estate developers, etc. 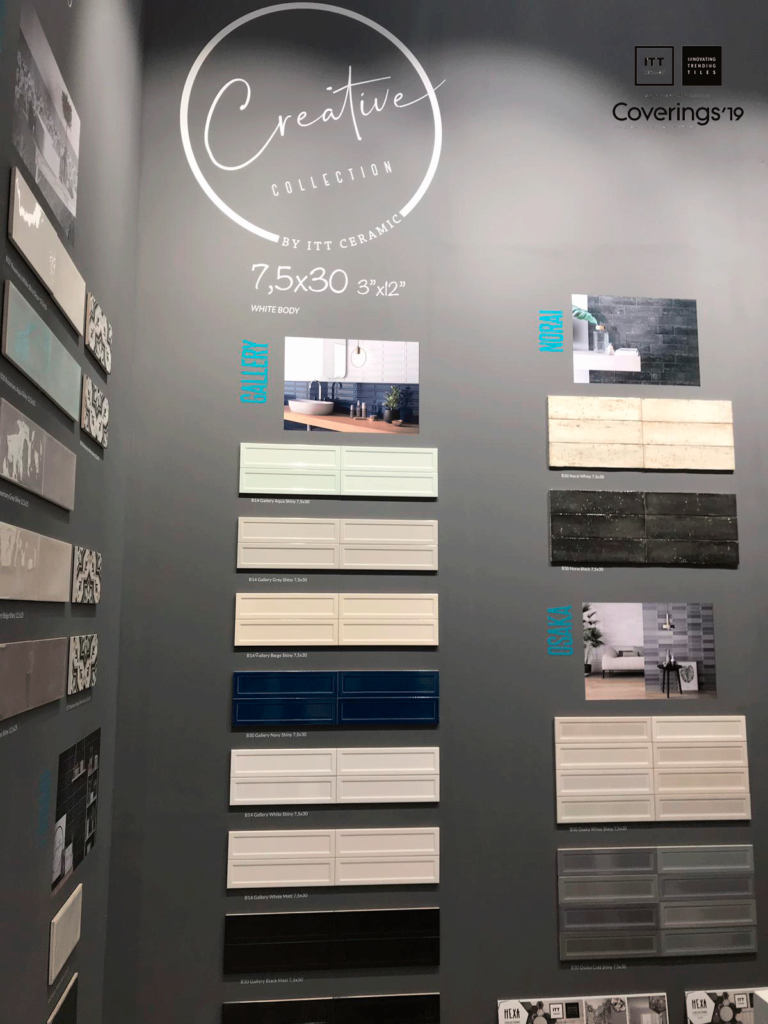 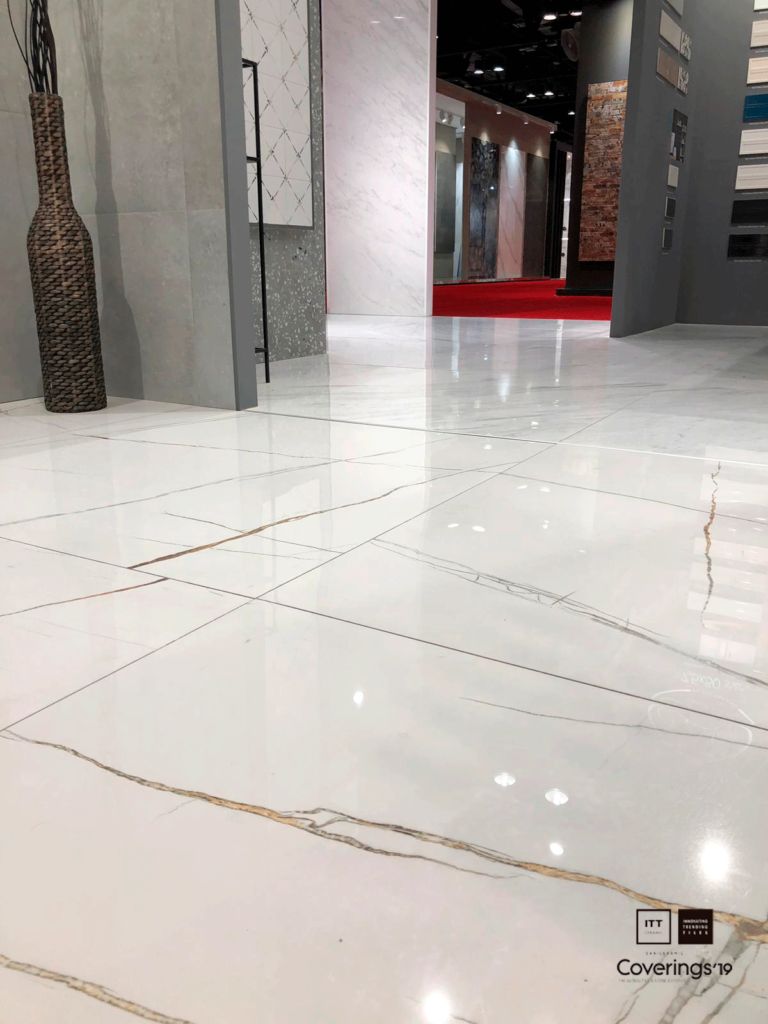 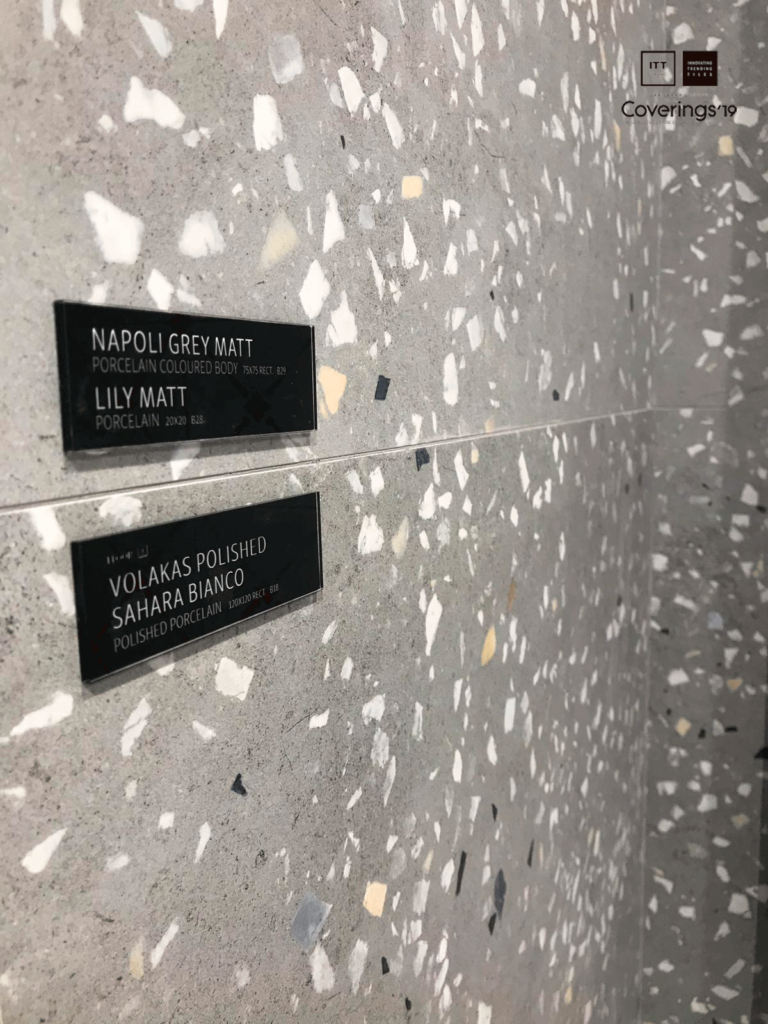 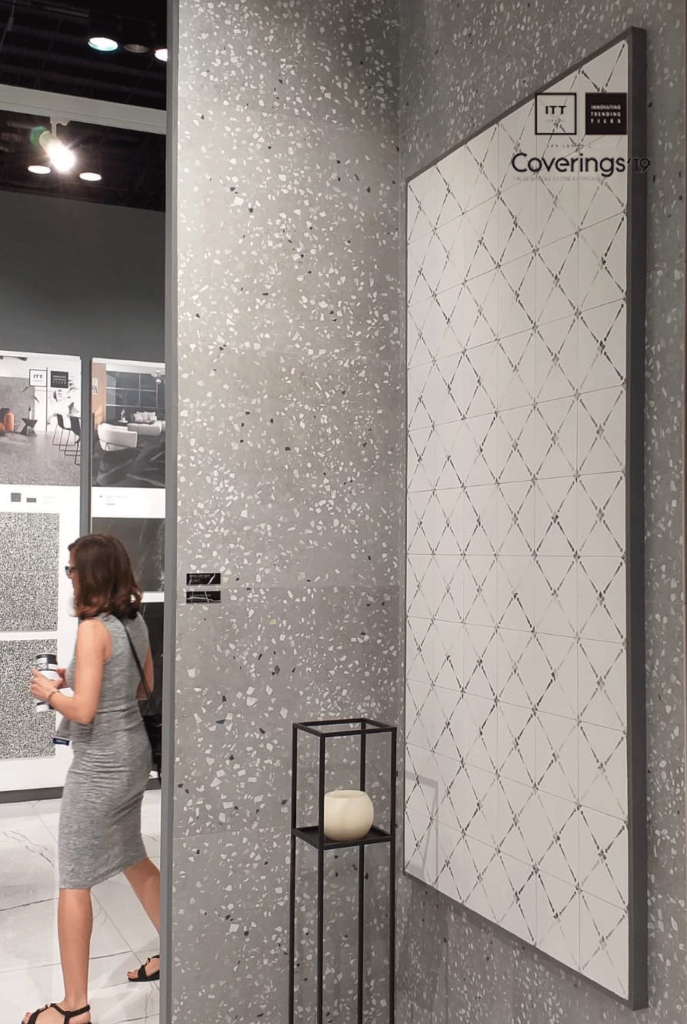 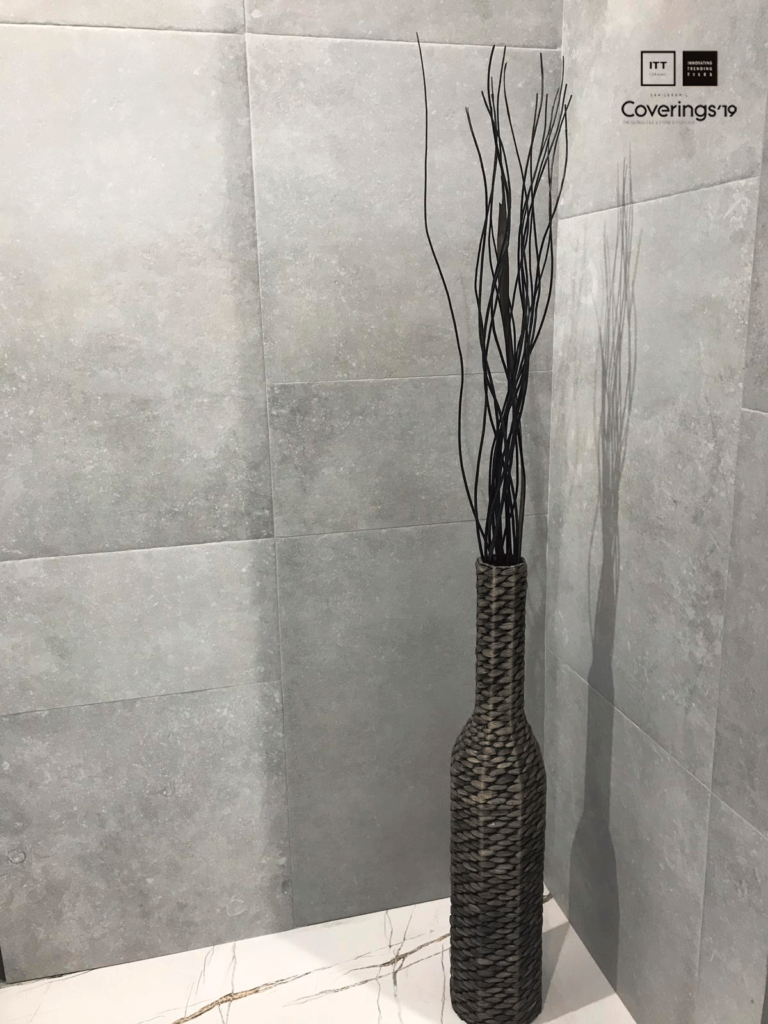 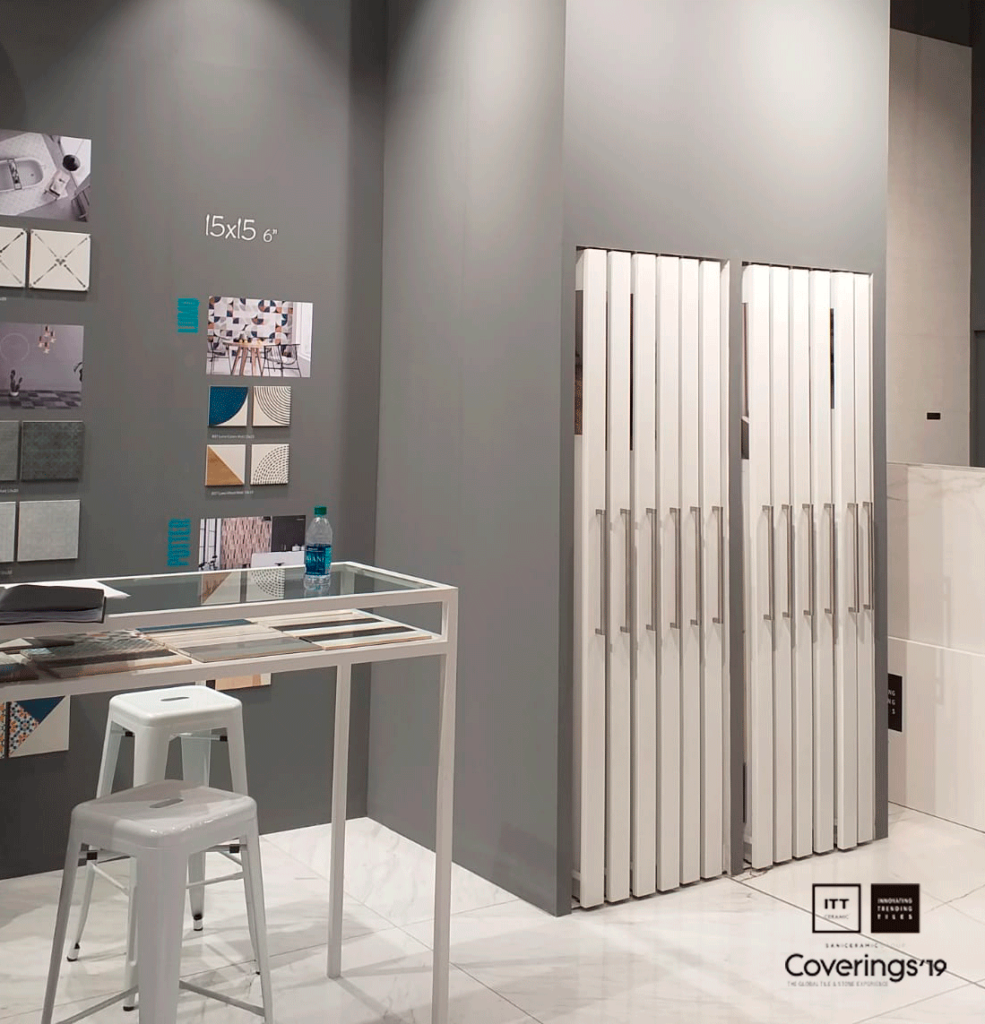 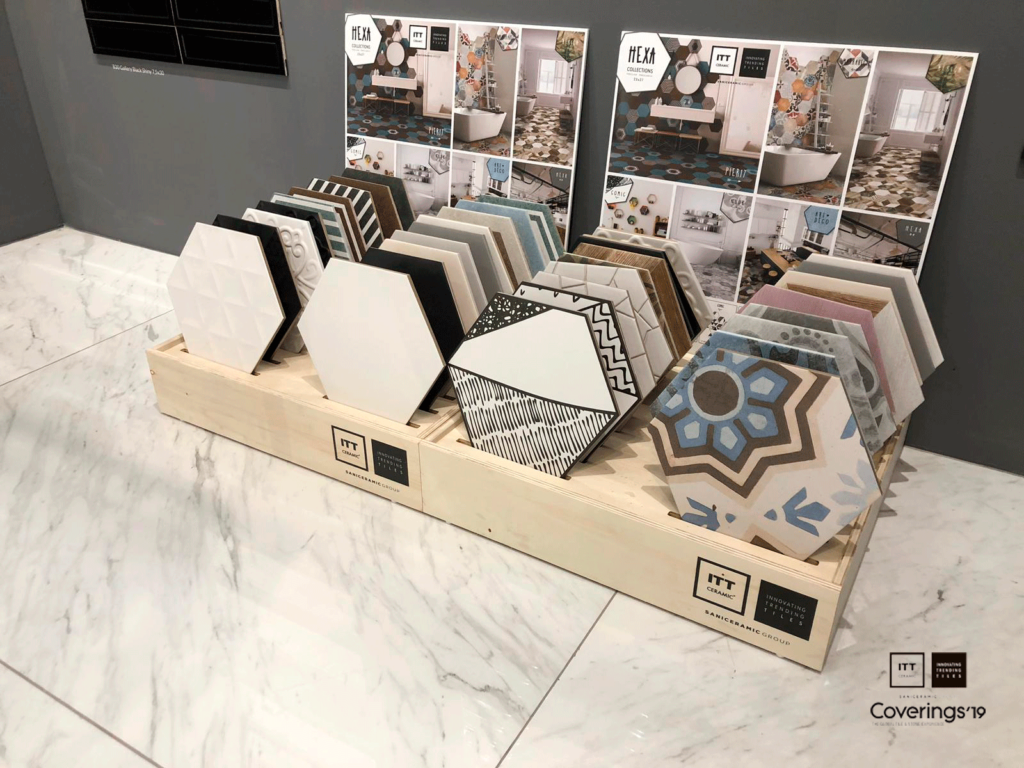 In terms of products, the excellent reception of the new 120×120 format porcelain tiles, such as the Angel, Bianco Lassa, Sahara Bianco and Volakas models, which also represent the strong trend of reinterpretation of classic marbles, stands out. A range for which, without a doubt, contemporary interior design is betting strongly as a decorative resource for contemporary spaces in which added value is sought.

Likewise, the launch of Creative in Coverings’19 has exceeded all expectations. The new brand, which recovers the essence of the traditional tile in small format, has had a magnificent welcome in the North American market, especially with regard to the 7.5×30 format. Models such as Osaka, Poema and Norai, which shone in the last edition of Cevisama, have conquered the public for their natural charm and, above all, for their decorative potential.

On the other hand, Arklam, Saniceramic Group’s large-format sintered mass brand, has also surpassed all prospects at Coverings’19. “The path we began with Arklam a little over three years ago is already bearing fruit, both in terms of 6 mm for exclusive projects and 12 mm (countertops) for the kitchen channel,” says Sorlí.