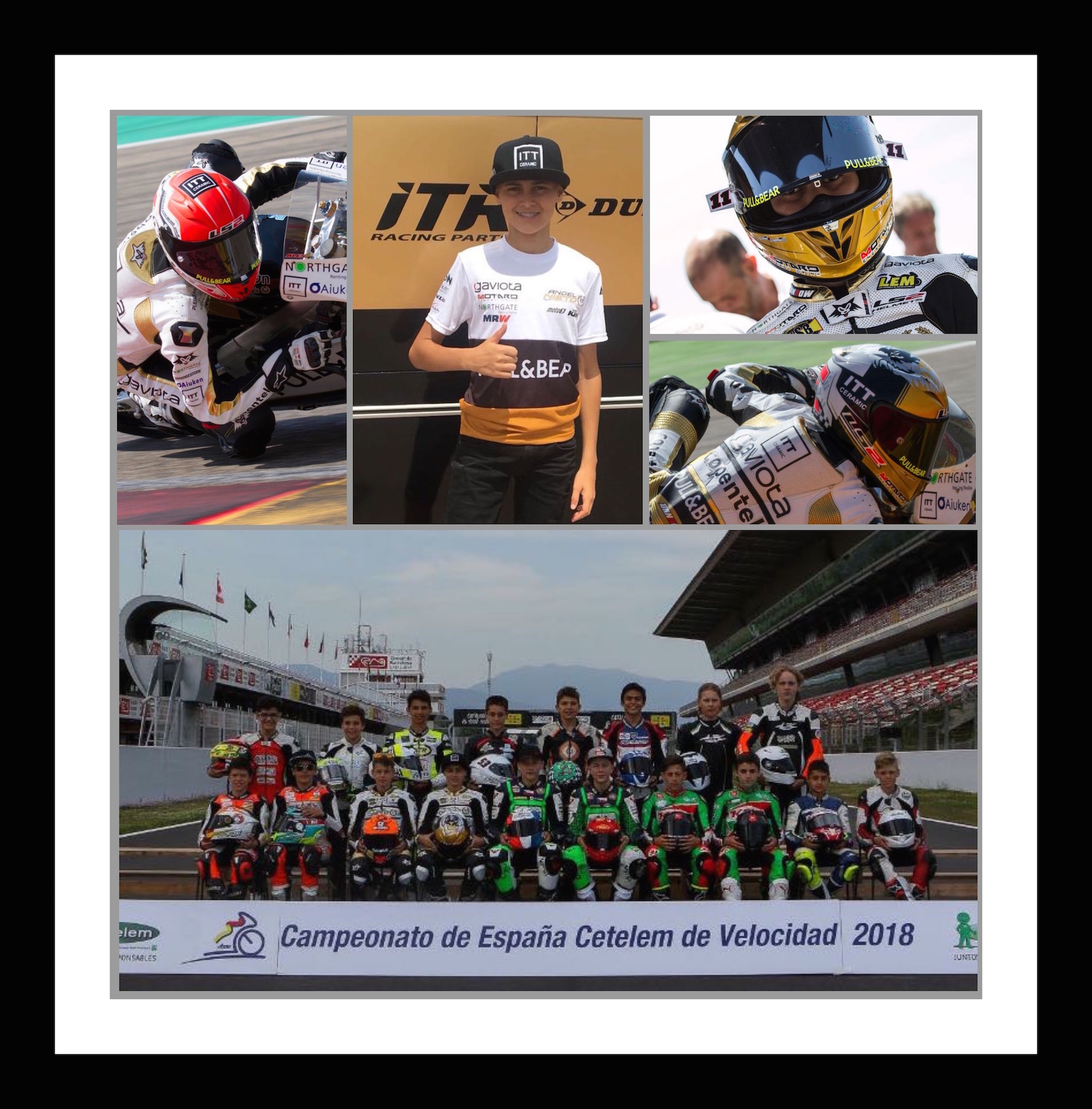 This weekend, once again, ITT Ceramic will lend its full support to Álex Escrig as official sponsor in the fifth round of the Spanish Cetelem Speed Championship, which will take place at the Ricardo Tormo Circuit (Cheste, Valencia). The Saniceramic Group brand will once again be next to the young driver, who leads the PreMoto3 category thanks to the good work he is doing. His tenacity, effort and passion for a well-done work are values with which the whole ITT Ceramic team feels fully identified.

Álex, who belongs to the Ángel Nieto Team, is coached by the world champion Nico Terol, a great figure with an imposing professional experience from whom he receives good advice and a lot of support. With these credentials the young promise of Spanish motorcycling continues to train at KSB Sport Valencia and maintains a strong discipline to continue building a very promising future in which there are no barriers.

Alex took his first bike at the age of 4 and two years later participated in his first race. Afterwards, he continued ‘shooting’ until he won in 2015 in the 140 category of Cuna de Campeones, and then made the leap to Challenge 80 in the Spanish Cup. They were the previous steps to reach the PreMoto3 category, where the rider has already made a name for himself.